The theme for the photography competition in 2015 was Conflict and Survival.

The Society would like to congratulate the winners who were celebrated at the Biology Week Annual Award Ceremony.

Photographer of the Year 2015: Winner 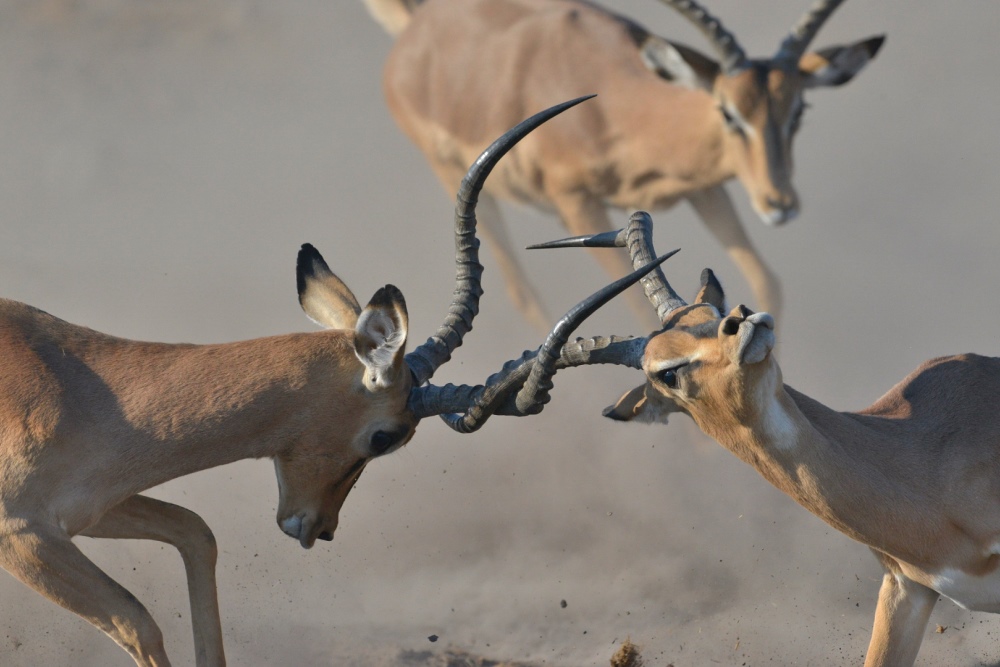 Male Impala fight to establish dominance and a breeding hierarchy. This ensures the fittest pass their genes to the next generation, thus helping their survival and the survival of the species.

Photographer of the Year 2015: Runner-up 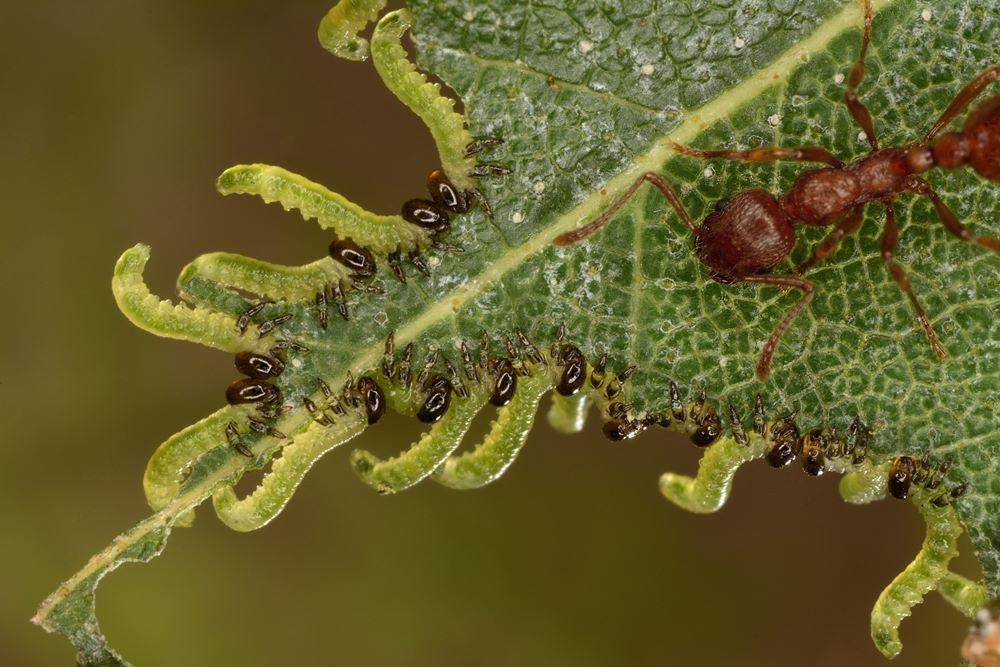 Red Ant Scared off by Sawfly Caterpillars by Tony Cooper

The sawfly caterpillars (Pristiphora testacea) had just hatched and were eating the edge of the birch leaf (Betula pendula). The red ant (Myrmica rubra) entered the scene and the caterpillars responded by all springing out at the same time, this caused the ant to flee.

Photographer of the Year 2015: Highly commended 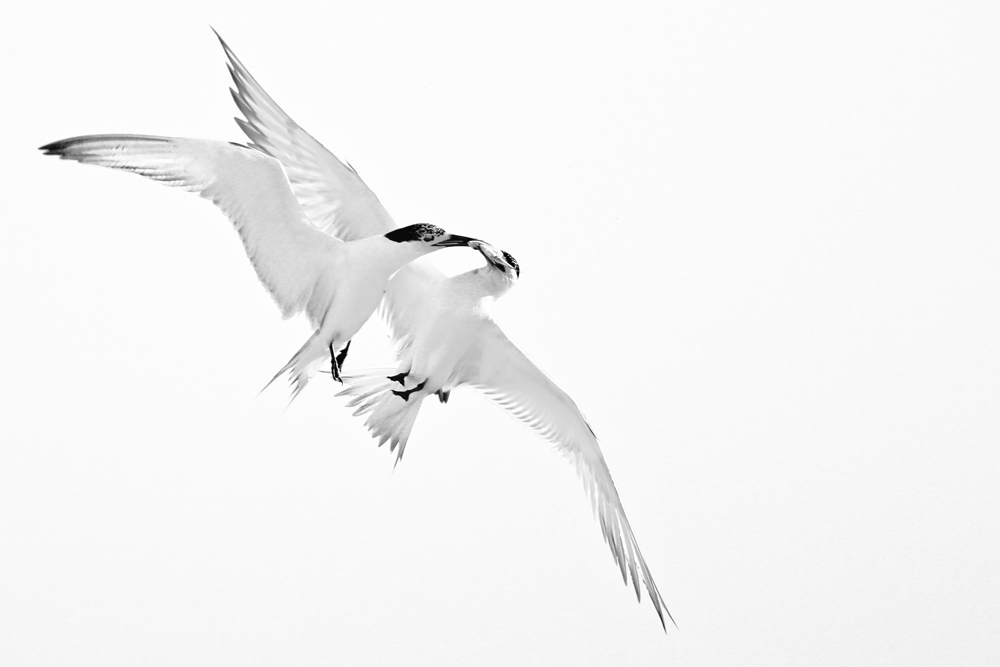 The Last Sardine by Davide Gaglio

‘Don’t worry, there are plenty more fish in the sea!’ That’s a classic idiom you usually say to make somebody feel better. But are there really plenty more fish at sea? According to research, this may not be the case (Worm, B. et al 2006) “unless the current situation improves, stocks of all species currently fished for food are predicted to collapse by 2048”. This is a concern especially in Southern Africa, where the productivity of the Benguela upwelling system has been exploited over the last 60 years!

Young Photographer of the Year 2015: Winner 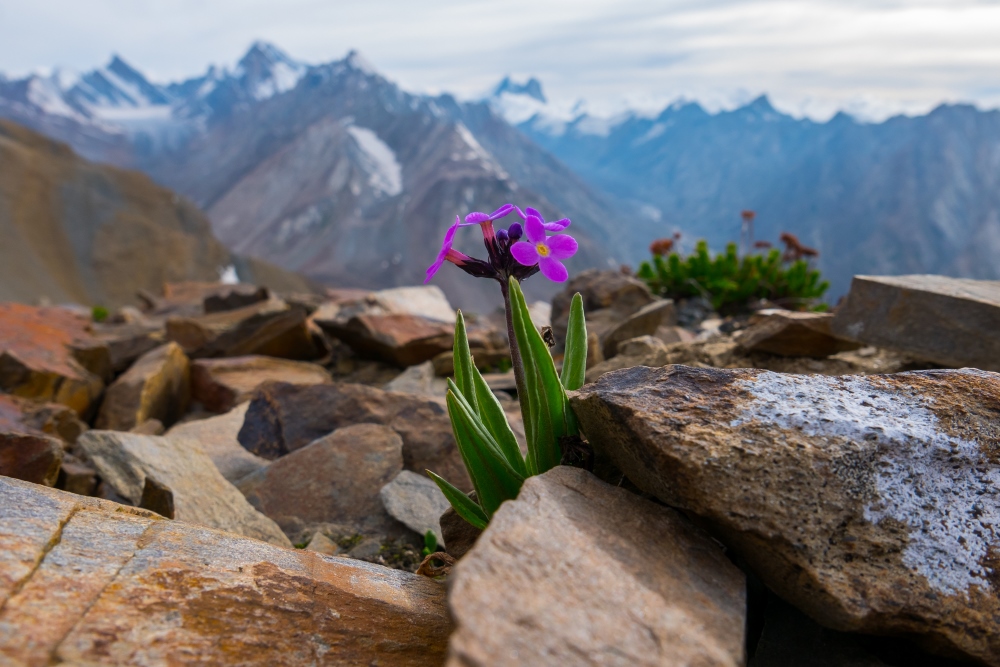 Small One by Oliver Tidswell

Young Photographer of the Year 2015: Runner-up 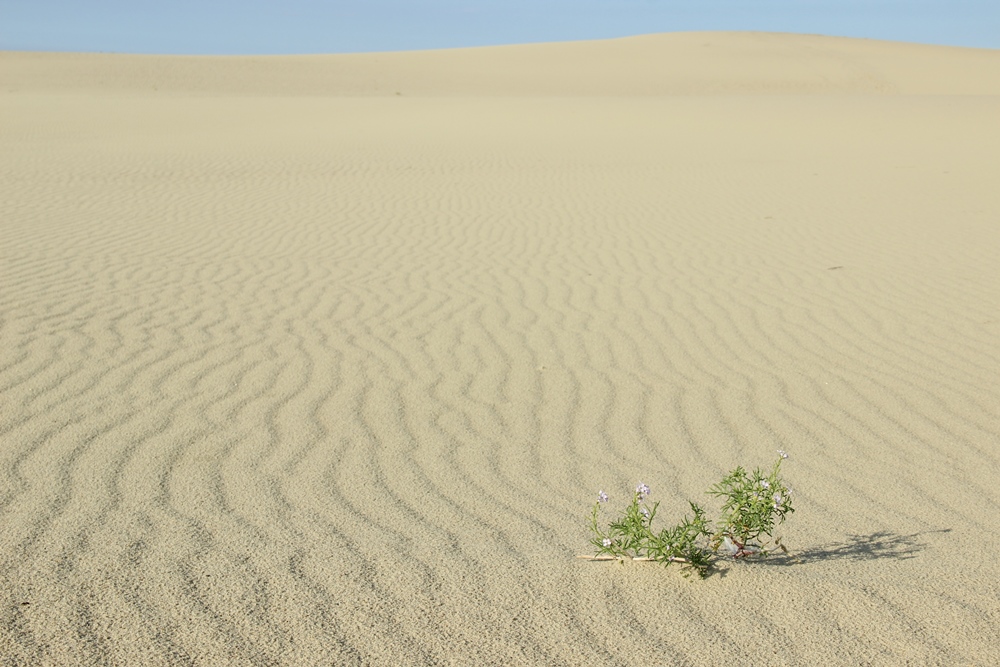 Loneliness and Stubbornness by Timofey Zubarev 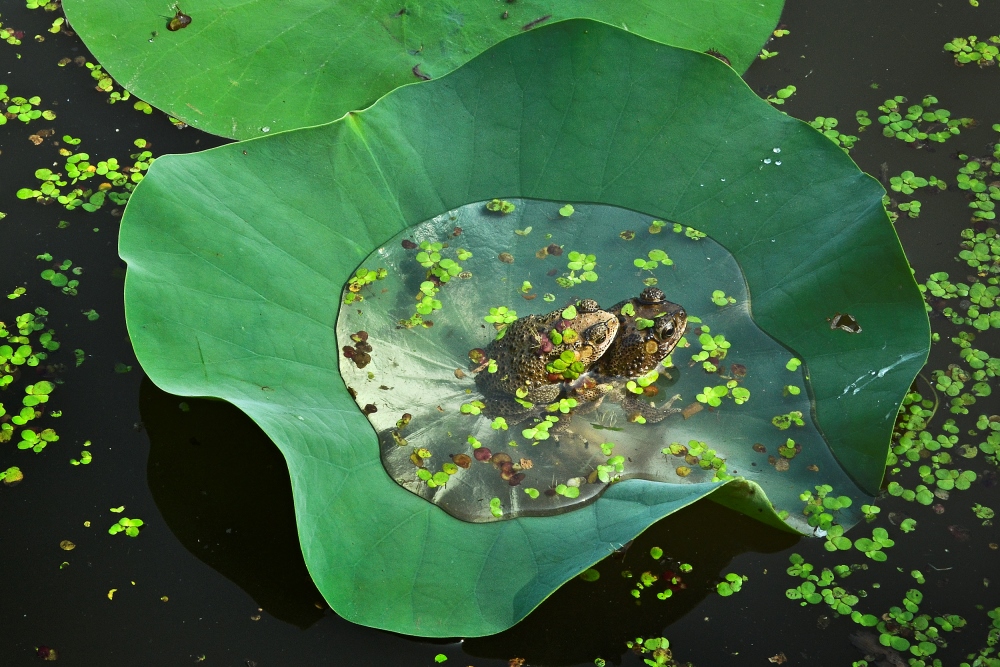 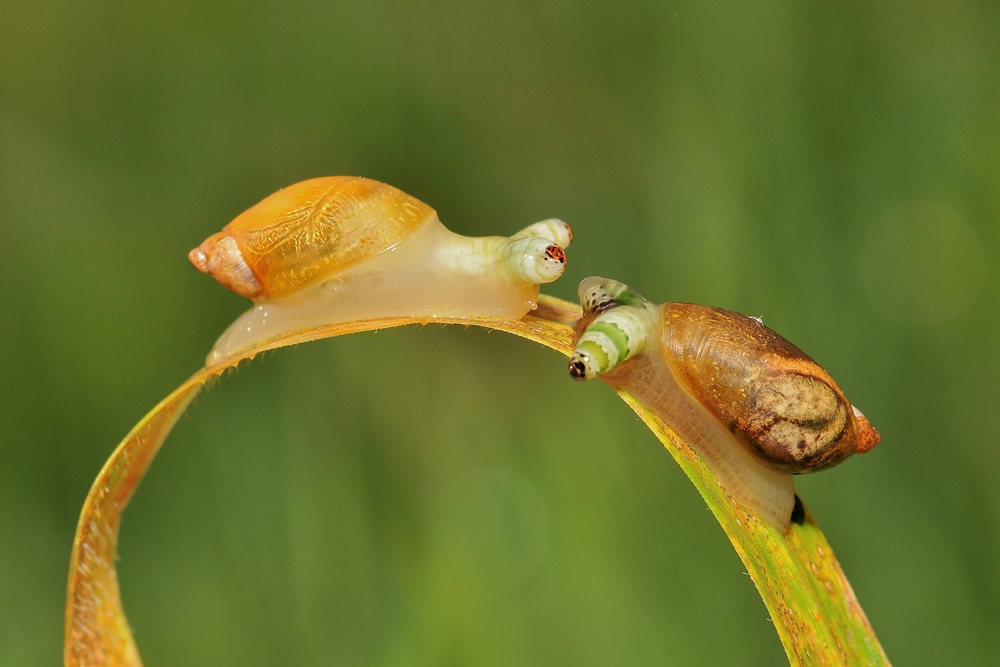 The amazing ‘survival’ story behind this photo is about the parasitic flatworm (Leucochloridium paradoxum), also called ‘green-banded broodsac’. The parasitic worm in its larval, miracidia stage travels into the digestive system of a snail where it develops into its next stage, a sporocyst. The sporocyst grows into long tubes called broodsacs filled with tens to hundreds of reproductive cercariae. The broodsacs then invade the snail's tentacles by putting on a bizarre, swollen, pulsating display that mimics the appearance of a caterpillar for birds to prey on. Although snails prefer the dark, the broodsacs cause the snail to seek light, increasing the chance of predation. The broodsacs pulsate in response to light intensity. The birds that eat the snails then become hosts for the next phase of the worm's growth. The cercarciae develop into adult distomes which reproduce and lay eggs that are transmitted through the bird's faeces back down onto plants, where they are consumed by snails, keeping the circle intact. 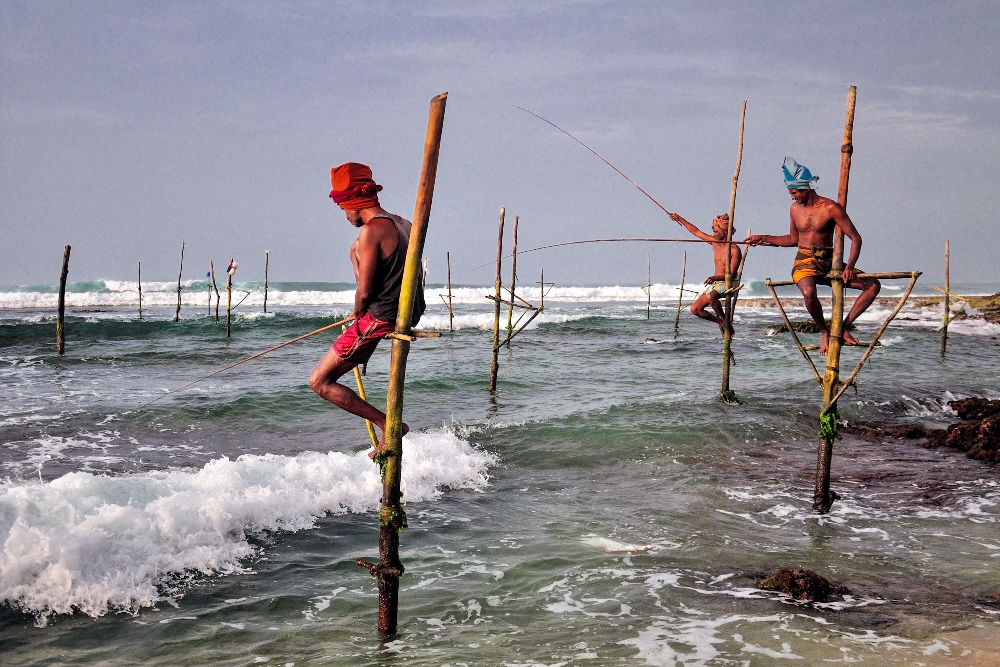 The Herons by Debdatta Chakraborty

Stilt fishermen in the south western beaches of the island country of Sri Lanka, sitting on their pettas - crude indigenous crucifixes - casting their lines into the sea water. 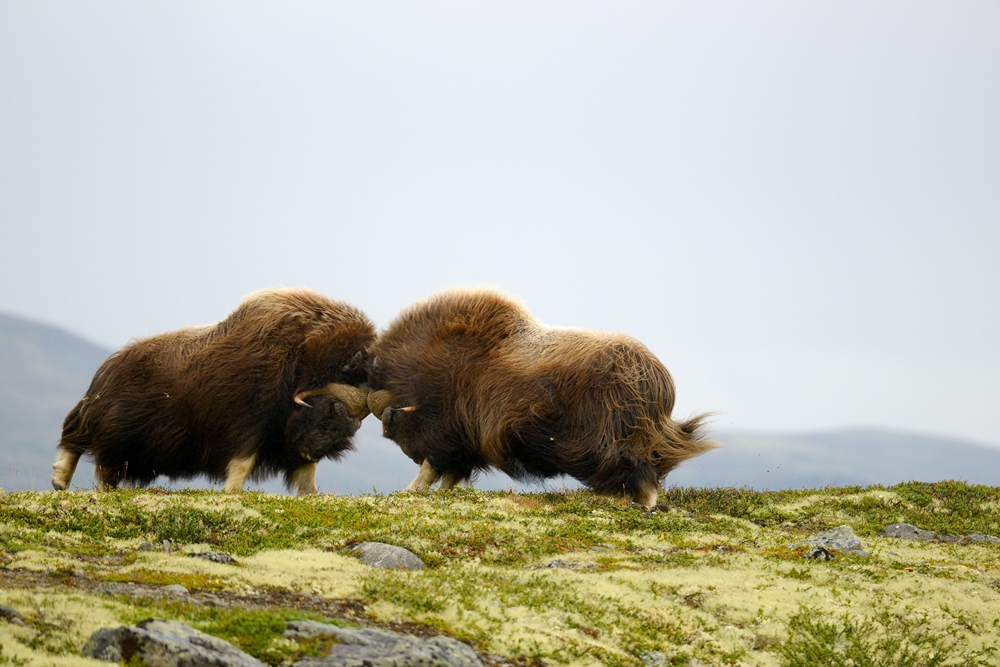 Bulls have a varied arsenal of displays to show their size and strength and avoid any potentially harmful fight. Nonetheless, when two males of the same size come face to face, the battle begins. Facing each other they charge, heads down, clashing again and again until the loser yields. Conflicts within the same sex in order to mate is a powerful selective pressure in evolutionary processes. The fight of two muskox bulls perfectly depicts it. In late August, the ‘rutting’ season starts and dominant bulls monopolise herds of cows to mate, defending them from rivals. 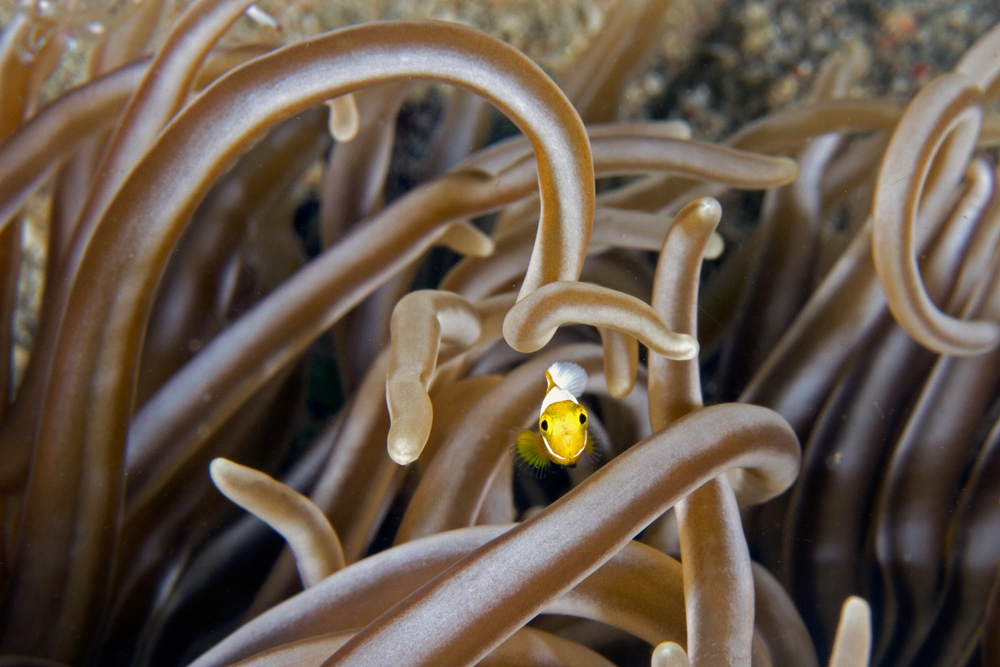 All, All Alone by Paddy Ryan

This is a tiny juvenile anemone fish which has found itself a host anemone. The tiny size can be determined from the tentacles in which it is hovering. It is too small to identify.