On 3rd June 2015, the EU Commission replied to the "Stop Vivisection" European Citizens' Initiative, rejecting their proposal to ban animal research in the EU. In a fourteen page long response, the EU Commission listed current initiatives and set out a number of further actions that the Commission will take to speed up the development of valid alternative approaches. Read our news article.

The Society signed a statement supporting the European Directive 2010/63/EU on the protection of animals used for scientific purposes. "The European Parliament and Commission must oppose the 'Stop Vivisection' Citizens' Initiative that is seeking to repeal the Directive and ban animal research. The Directive is vital to ensure that necessary research involving animals can continue whilst requiring enhanced animal welfare standards." Professor Dominic Wells FSB, Chair of the Animal Science Group, spoke in support of the Directive. Read our response.

The Animal Science Group (ASG) is contributing to the UK Bioscience Sector Coalition (UKBSC) on options for implementation of the Animals (Scientific Procedures) Act 1986 (as amended by SI 2012/3039) - following the transposition of the European Directive 2010/63/EU on the Protection of Animals Used in Scientific Research. Discussions have concerned the Guidance, Code of Practice and Annual Statistics On The Use Of Animals For Scientific Purposes (issued for consultation by the Home Office) and the ASG has debated the options and supports the consultation response of the UKBSC. Recently, we responded to a public consultation on Section 24 of the Animals (Scientific Procedures) Act 1986.

The ASG is also working closely with the Home Office on the implementation of the new Directive and held discussion meetings in recent years to explore the developments following the consultation process, among other relevant topics.

The ASG has made several submissions on the transposition and implementation of the new Directive 2010/63/EU, as part of the UKBSC, and in recent years has been consulted on a wide range of issues including the Home Office Triennial Review of non-departmental public bodies (Animals in Science Committee), ASRU IT strategy, Hampton Review and Defra's proposals for veterinary checks on rabies-susceptible animals at border inspection posts. In addition, we have written to the Home Office expressing our overarching objectives that animal welfare, the 3Rs, public confidence and high quality biology should be supported by the new legal framework.

Concordat on openness on animal research 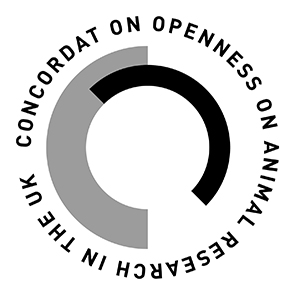 The Royal Society of Biology was one of a number of organisations involved in the development of the Concordat on openness on the use of animals in research in the UK, which was led by Understanding Animal Research (UAR). By signing this Concordat end of April 2014 we made a commitment to be as open as possible with the wider public about the involvement in the use of animals in scientific, medical and veterinary research in the UK. Read our statement for more details.

Relationship with other Organisations

The ASG maintains a close relationship with UAR and the NC3Rs.

The Royal Society of Biology is a member of the UK Bioscience Sector Coalition representing organisations rather than individuals, and reflects the perspective of academia, industry, small and medium enterprises, charities and other research funders, as well as patient and medical groups. It came together in response to the recognised need for communication and coordination among the main sector groups involved with animal science.

A secretariat is provided by the Royal Society of Biology. If you are an external body with a direct involvement in the use of animals in research and have general queries about UKBSC, please write to us at UKBSCSecretariat@rsb.org.uk