The Society is pleased to announce that its next President will be the marine biologist and Government scientific adviser Professor Sir Ian Boyd FRS FRSB.

Sir Ian will take over from current President Professor Dame Julia Goodfellow CBiol FRSB when her term ends in May 2022.

Sir Ian is professor of biology at the University of St Andrews, where his research focuses on the behaviour of marine predators, marine ecosystem management, and the interface between ecology and economics.

He was the chief scientific adviser at DEFRA between 2012 and 2019 and is part of the Scientific Advisory Group for Emergencies, known as SAGE. He also chairs the UK’s Research Integrity Office and was made a Fellow of the Royal Society in May. 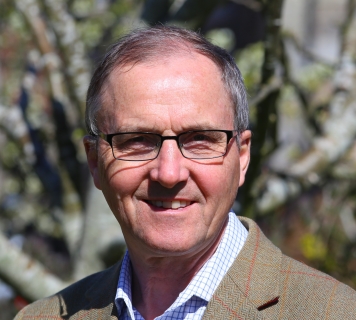 Sir Ian was knighted in the 2019 Queen’s Birthday Honours for services to science and economics on food and the environment.

“I am delighted to be the next President of the Royal Society of Biology,” said Sir Ian. “The work done by the Society is an increasingly important part of broadening the scope of the appreciation and study of biology.

“I look forward to helping the Society to be a leading light in the post-COVID era when our understanding of biology will be important for future resilience.”

Three new Trustees have also been appointed to RSB Council.

Professor Louise Cosby FRSB and Lucy Hudson MRSB have been elected to represent individual members on the RSB Council, with Dr Suzy Moody elected as a Member Organisation representative.

Professor Cosby is head of virology at the Agri-Food and Biosciences Institute, Belfast, and an emeritus/honorary Professor in the Wellcome Wolfson Institute for Experimental Medicine at Queen’s University Belfast.

Hudson is a technical manager of the Department of Biology, University of York, and is an advocate for improving career development for technicians in higher education, while Dr Moody is a microbiologist specializing in fungal bioremediation who has served on SfAM’s Policy Subcommittee and Executive Committee.

The new Trustees were elected at the Society’s AGM in May, where Dr Louise Leong FRSB, Professor Hilary McQueen FRSB, Professor Claire Wathes FRSB were also re-appointed to Council.

The Society thanks Professor Caroline Austin FRSB and Professor Paul Hoskisson FRSB who are both stepping down at the end of their terms, as well as Professor Sarah Jayne-Blakemore FRSB, who has stepped down as chair of the Education and Science Policy committee.

These announcements were made during this year's AGM, which was held virtually with more than 150 members and representatives from Member Organisations in attendance.

The meeting included an update from Dr Mark Downs CSci FRSB on overall activity of the Society, as well as a finance report from Dr Paul Brooker CBiol FRSB, the RSB's Honorary Treasurer.

During the AGM the President's Medal was awarded to Professor Jack Jackson OBE CBiol FRSB for his work in supporting bioscience education in Scotland, as well as his work as a key member of the Scottish branch of the RSB.

The AGM was followed by a charter lecture by Professor Stefan Przyborski FRSB, on bioengineering human tissues in the laboratory.

You can download the minutes of the 2020 AGM. You can also download a summary of the accounts of the Society for the year October 2019-September 2020 which will be approved in the AGM, and a full version can be found on the RSB website.

Footage from the AGM will be available to watch on the RSB’s YouTube channel.