Policymakers, politicians, scientists and sector leaders came together for the first in-person Parliamentary Links Day event since the start of the pandemic.

Links Day, one of the biggest days in the parliamentary calendar for science, saw more than 100 people come together at Portcullis House to discuss the opportunities and benefits of collaboration in science.

The leading topic of the session was the UK’s pending involvement with Horizon Europe. At time of writing, the EU is still in the process of formalising the UK’s association, whilst the Government is working on a so-called Plan B should the association cease.

The event was launched by Rt Hon Dame Eleanor Laing MP, Deputy Speaker of the House of Commons, followed by an introduction from Stephen Metcalfe MP, chair of the Parliamentary & Scientific Committee. 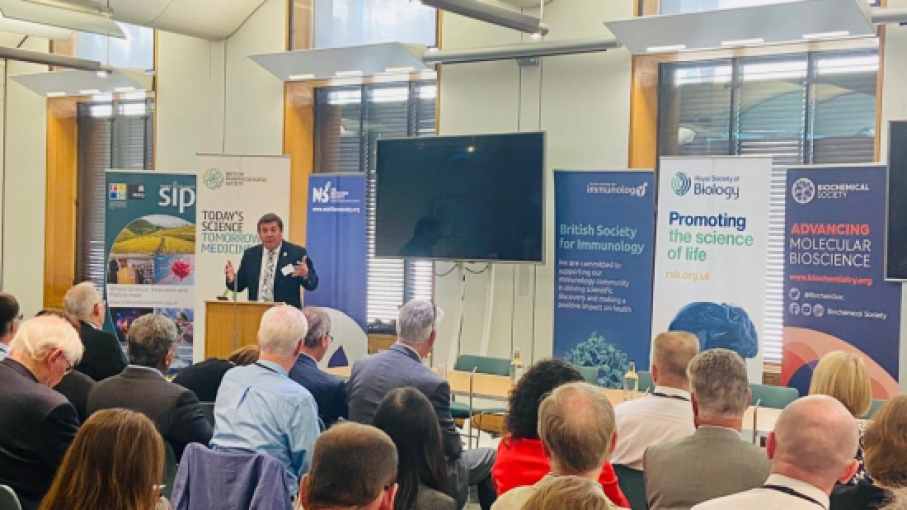 Stephen Metcalfe MP welcomes the audience back for Links Day 2022

Metcalfe was then followed by Chi Onwurah MP, the Shadow Minister for Business, Energy and Industrial Strategy.

Onwurah drove home the importance of striving to remain in Horizon Europe, and the value of science investment for the wider economy: “Innovation depends on international collaboration, so losing access to Horizon is impacting our community, and jobs are at threat across the country.

“You cannot hope to recreate an international collaboration of more than 30 nations.” 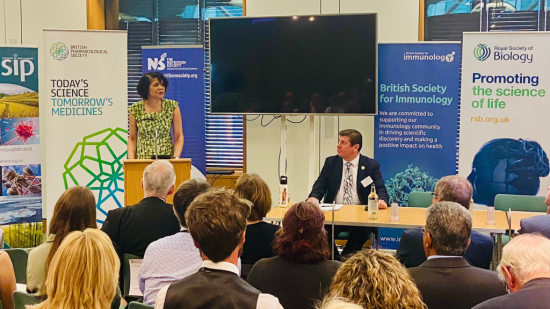 Onwurah also stressed the need to better support underfunded regions in the UK, and for universities to help drive regional growth: “I believe in science for science's sake, but it is also important to recognise the economic importance of science and the role it plays in rebuilding our economy.”

Onwurah’s keynote was followed by a panel discussion, chaired by the RSB’s associate director of public and parliamentary affairs, Susie Rabin MRSB.

Professor Sanders discussed the need for collaboration to address the mounting pressure of food security: “We are facing a huge food crisis…which can only be solved through collaboration and interdisciplinary efforts.

“There will be two billion more people to feed in the next 30 years, with no additional land on which to farm.” He also stressed the need to increase accessibility in STEM, a sentiment echoed by Professor Welton. 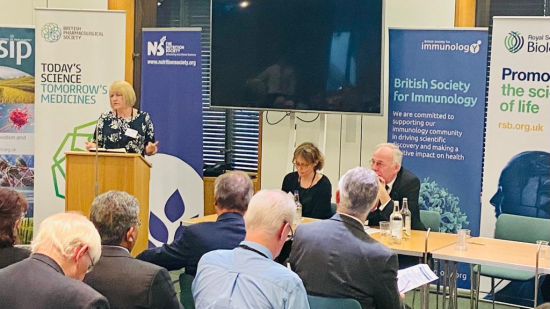 Professor Francis explained how essential collaboration is for research in the Antarctic, and how it is a continent completely governed through international efforts; 54 nations make up the Antarctic Treaty, including the UK.

She stressed: “We certainly can't do Antarctica research in the UK - so everything we do is part of an international collaboration. We work on melting ice sheets, marine ecosystems…everything we do has a global impact.”

Dr Coggon agreed, adding: “I don't know a single scientist who works as an island. Scientists work best by bouncing ideas off each other.”

The panel discussion was then followed by a keynote delivered by Minister for Science, Research and Innovation, George Freeman MP, who shared that the Government had just announced an expansion on the support for Ukrainian researchers  displaced by the war. 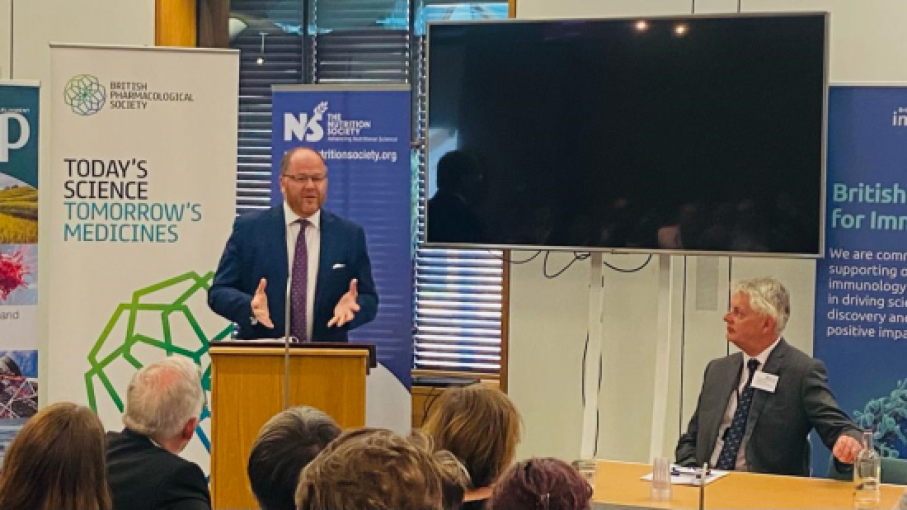 He returned to the topic of Horizon membership – as a driver behind the proposed Plan B alternative, Freeman stated he was keen to move forward: “If the phone does not ring in the next few weeks, my working assumption will be that we are out [of Horizon Europe] and that we move forward with Plan B.”

Government Chief Scientific Advisor, Sir Patrick Vallance, also stressed the importance of Horizon Europe: “For us to not associate to Horizon would be mutual self-harm for both the UK and Europe.”

Sir Vallance also discussed how collaboration was so critical throughout the pandemic, sharing how he would meet up with other scientific advisors from across Europe on a weekly basis to share updates, information, and to provide support to each other as a “self-help group.”

He then discussed how collaboration is vital for tackling climate change, describing the recent success of COP26 in bringing world leaders and scientists together to set global goals.

Rt Hon Greg Clark MP, chair of the House of Commons Science and Technology Select Committee, invited the audience to get more involved with setting their agenda, with the news that they plan to relaunch the My Science Inquiry process. This will allow anyone to present case studies on new research areas for the committee to explore.

The recording of the event will be available on the RSB’s YouTube channel soon, and you can see highlights from twitter online.