More than 150 RSB members joined Katherine Fletcher MP, a member of the House of Commons Science and Technology Select Committee, to discuss how scientists can engage with parliament and Government policy-making.

More than 150 RSB members joined Katherine Fletcher MP, a member of the House of Commons Science and Technology Select Committee, to discuss how scientists can engage with parliament and Government policy-making. 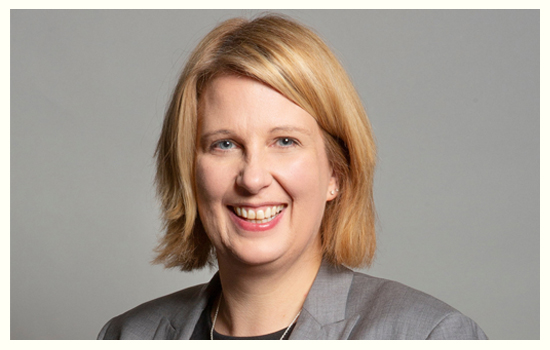 The event, chaired by RSB chief executive Dr Mark Downs CSci FRSB, was the first in a series of new virtual events being hosted for RSB members, who were able to ask questions about the role of science in parliament.

Fletcher, MP for South Ribble in Lancashire, studied biology at the University of Nottingham and spoke of her passion for the subject, from her undergraduate research on C.elegans and gene editing, to her love of collecting trilobites. She said she came into politics ‘determined to join the Science and Technology Select Committee’ and use her background to help inform policy-making.

Fletcher explained the roles and functions of the committee, which has this year explored topics as diverse as COVID-19, the creation of a DARPA-style funding agency, 5G, and the Government’s ambitions to make the UK a ‘science superpower’.

Taking questions, Fletcher commented on the public understanding of science, issues around consensus in science, and how much influence scientists’ expertise and scientific advice really has on decision-making.

“I would give it a B, B-plus,” said Fletcher on how much the Science and Technology Select Committee had influenced Government policy. “For COVID, we had a private select committee meeting and some of the material presented there definitely did influence Government policy. So yes – but let’s not pretend we are in charge. It is advisory.”

Fletcher also spoke on how scientists – including those in industry and SMEs – can input into work being done and topics being explored by select committees and parliamentary groups, and on the way the Government receives international evidence and advice.

To hear more from Katherine Fletcher MP on engaging with parliament, a recording of the event is available on the RSB’s YouTube channel.