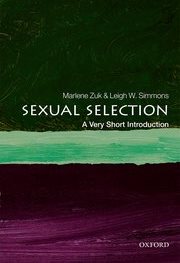 As Darwin noted more than a century ago, “…if each male secures two or more females, many males cannot pair.” This leads to competition and hence to Darwin’s other great idea, sexual selection. British evolutionary biologist Ronald Fisher developed the ideas of sexual selection in the 1930s, including the theory of how sexual selection can accelerate the preference for a specific trait, causing the preferred trait and female preference for it to increase together rapidly.

Females’ preference for males that are able to sport brightly coloured ornaments or tail feathers showing them to be parasite free – and the idea that they themselves will have ‘sexy sons’, so consigning many males not to mate – is now considered reasonably straightforward, and the idea of selection for such traits is well understood. However, sexual selection does not stop there and in the field of sex “all generalisations are false”.

There are always, it seems, exceptions to the rule. Selection does not stop when mating has taken place. Apparently, monogamous pairs will spread the risk and mate with other individuals, sperms compete and there are arms races between the sexes; there is a cornucopia of strategies and counter strategies to ensure that it is your genes that get passed on.

This eminently readable and fascinating book is one of the series of ‘Very Short Introductions’ published by Oxford University Press, now with more than 550 titles. My only gripe is that I would have liked to know more about human sexual selection – the unconscious ‘choices’ that we make in our own attempts to procreate.