As a UK exam board examines the possibility of a new GCSE in natural history, Helen Robertson explores what the subject is and what it might bring to 21st century pupils

In 1767 the pioneering naturalist Gilbert White lamented his peers’ lack of interest in the natural world. “It has been my misfortune never to have had any neighbours whose studies have led them towards the pursuit of natural knowledge,” he wrote. “…for want of a companion to quicken my industry and sharpen my attention, I have made but slender progress in a kind of information to which I have been attached from my childhood[1].”

Some 250 years later natural history still faces the same problem. Despite flourishing in the 18th and 19th centuries, the field has seen a steady decline at all levels of science education since the 1950s. For many children that means a disconnect between themselves and nature both inside and outside the classroom. A 2002 study found that eight-year-olds could, on average, identify eight out of 10 Pokémon characters, but recognised only 50% of 10 common wildlife species[2]. Fewer than half could recognise a beetle or an oak tree.

A lack of knowledge and appreciation of nature has prompted a call by some for a resurgence in natural history teaching. With that in mind a new GCSE in natural history has been proposed by Cambridge Assessment and its exam board, OCR. If accepted, it could be introduced to schools in England, Wales and Northern Ireland as early as next year[3].

OCR chief executive Jill Duffy says that she believes the current curriculum “isn’t encouraging a connection with the natural world” despite young people being very much engaged in the debate on the environment. “We know that they want to get engaged, but we also know that they feel at the moment that they don’t have enough knowledge or understanding to help them engage effectively.”

The prototype course, which was originally suggested by nature writer Mary Colwell and Green Party MP Caroline Lucas, is designed to complement current science teaching and encourage engagement with nature. 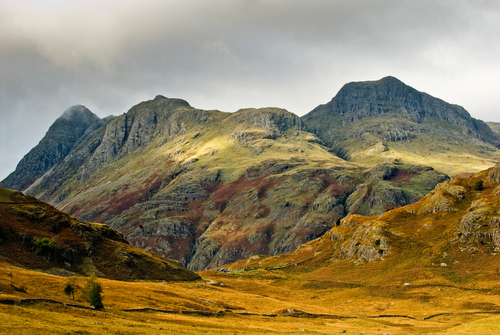 Some argue that most aspects of the natural history GCSE - including fieldwork, ecology, and climate change - are already in the biology curriculum when it is well taught. Others fear the new qualification will mainly be offered at well-resourced schools or those that already have good access to wild spaces, exacerbating existing inequalities in access to nature.

It is the cross-disciplinary inquiry of the fundamental properties of natural objects or organisms in their natural environment: what they are, how they live and how they interact. As Colwell states, biology teaching in schools – and indeed at most levels of science education – focuses on the ‘processes of the living world’. A natural history GCSE would instead concentrate on ‘what the living world is’, teaching teenagers about field observation skills, conservation, and how nature has influenced culture and the arts[3]. Others argue that these elements are already in the curriculum when science is taught well.

Natural history was a popular pastime in the 18th and 19th centuries. In its earliest form the field was characterised by the work of parson-naturalists, or countryside clergymen, such as Gilbert White, who documented nature in their local area[4]. As observations of the natural world became more rigorous, natural history became a diverse and celebrated scientific discipline, encompassing what we now know as zoology, evolutionary biology, botany and phenology, among others.

Even Darwin himself, who could be viewed as a founding father of natural history, originally aspired to become a parson-naturalist.The success of natural history continued well into the mid 20th century, where naturalists at universities were well-regarded scientists within their institutions and by society.

Importantly, this was mirrored in the teaching of natural history across all levels of education. The Natural History of Selborne by White is one of the only books in the English language that has never been out of print – third only to the Bible and the works of Shakespeare – and was commonly awarded at prize-giving ceremonies in Victorian schools[1]. In the US, Anna Botsford Comstock’s Handbook of Nature-Study was a core part of elementary school teaching well into the 1940s[4].

At the heart of this was the idea that understanding nature was crucial to a proper understanding and appreciation of the world, and that this had relevance to many aspects of both life and the sciences. Similarly, university degrees in biology had once had mandatory courses in natural history and PhDs in the discipline made up a large proportion of science postgraduate courses[5].

This appreciation for the scope of natural history began to decline in the latter half of the 20th century. Biological research became focused on what were perceived to be more exciting new disciplines such as molecular biology, microbiology and, more latterly, genetics and genomics.

As biology became increasingly divided into specialisms, having an understanding across the breadth of nature was less sought-after and the terms ‘ecology’ and ‘conservation’ replaced those aspects of natural history. The need to win funding for innovative new research was deemed more important than broader knowledge, and the inclusion of natural history courses in undergraduate degrees tailed off.

So too did the teaching of natural history in schools; with more children growing up in cities, learning the names of the flora and fauna that was no longer on their doorstep seemed unnecessary. But why should we mourn the loss of natural history if we think it has been superseded by more technical disciplines or no longer has relevance to urban lifestyles?

Ultimately, a disconnect between the general public, some members of the scientific community, and nature and natural history is a shame both for our appreciation of nature and for the importance it has to many facets of science and society. On an individual level, being outside and appreciating nature can reduce stress, anxiety and depression[6].

For children in particular, feeling connected to nature has been shown not only to improve mood, but also to increase sustainable and pro-environment behaviours: if children don’t grow up learning about nature, they are more likely to be uninterested or uninformed about it as adults.

In fact, a so-called ‘nature deficit disorder’ has been attributed to a disregard for the health of the planet, as a lack of understanding or appreciation for nature means that individuals are less inclined to care about the impact of their behaviour on the environment[7]. And with a 2016 investigation by Natural England finding that one in nine children had not visited a park or other natural environment in the prior year, it’s clear that even getting outside into nature is a fundamental problem for some[8].

At a scientific level, natural history works like a panoramic camera, viewing the complete picture as
a way of understanding how living things function in their environment – a huge contrast from the narrow specialisms of most modern scientific disciplines. Now more than ever, this has relevance to science policy.

First, looking at the ‘big picture’ of nature is increasingly important in understanding the impact of climate change, and long-term phenological records are an excellent tool for tracking changes in plant and animal seasonality. Natural history specimens in museums and private collections across the world are also a valuable resource for investigating historical ecological conditions and global distributions[9].

Perhaps more presciently, the World Health Organization estimates that 75% of emerging human diseases involve animals at some point in their life cycle. Knowledge of host species’ natural history is therefore an important factor in mapping disease risk and dynamics[5].

Bringing natural history back into the classroom could be a way to begin to counter some of these problems. However, introducing natural history as a distinct new GCSE has raised concerns from teachers and science education professionals – in particular, that it might detract from the teaching of natural history-related topics in biology GCSE courses. Topics such as ecology, climate change and plant science could be effectively removed from the traditional biology curriculum, even if a natural history GCSE is an optional alternative, but not equivalent course.

Another concern is that such a course might only be offered at well-resourced schools with the means to support it. If one of the main purposes of this GCSE is to re-engage children in urban areas with nature, this could present a barrier to large-scale uptake in schools for students who need it the most.

Hopefully, as plans for the proposed GCSE develop, some of these concerns can be addressed. At least for now, discussion around the course has brought natural history education back into focus. Outside of an exam-based framework, there are a number of other UK initiatives that support natural history learning. Jane Goodall’s Roots and Shoots programme encourages children to learn about animals and environmental issues, and organisations including the WWF and RSPB provide resources for teachers in the classroom.

Whether the proposed GCSE develops or not, this growing interest in the field hopefully means natural history will take a more prominent role in future revisions of national curricula and qualifications, and will encourage a new generation to see nature as the diverse and engaging topic it can be.

The world has changed a great deal since naturalists began to document nature in their local area, and a modern incarnation of natural history needs to adapt to reflect the environment and society we live in now. If this is approached in the right way, we could learn a great deal from nature and natural history – let’s not leave it gathering dust on a shelf like an old taxidermy specimen any longer.

Dr Helen Robertson is a postdoctoral scholar in molecular evolutionary biology at the University of Chicago with a keen interest in science communication and science in society.

Find out more about Cambridge Assessment’s plans to develop a natural history GCSE.