What is ethics dumping?

Bioscientists and biomedical scientists rely heavily on external resources to do their research. While philosophers can publish groundbreaking research after a quiet stay in a mountain hut, bioscientists generally need access to research participants, genetic samples, microorganisms and experimental animals, to name just a few resources. This means that bioscience is often the focus of debates in research ethics.

Nazi medical experiments and the Tuskegee trials in the US, where black men with syphilis were denied treatment to see how the disease progresses naturally, are examples of horrendously exploitative biomedical research.

Has the nature of failures in research ethics changed in the 21st century? Indeed. International research collaborations have led to many benefits for humanity, but some – particularly “helicopter research”, where researchers fly in and out of an area of high interest to them – have led to the export of unethical research practices to low and middle income countries. The European Commission (EC) has coined the phrase ‘ethics dumping’ to describe this phenomenon. 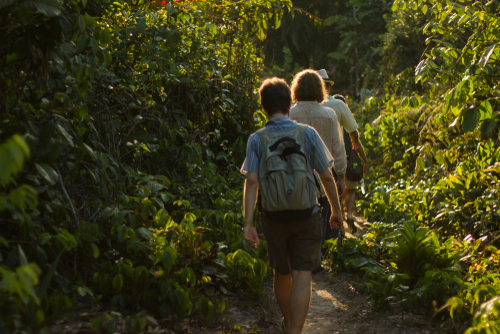 Anthropologists head into the rainforest in Brazil

Ethics dumping occurs in three main varieties: firstly, researchers from high-income regions do research abroad to sidestep restrictive legal and ethics regimes – for instance, when a European researcher experiments on wild-caught non-human primates in Kenya, which would not be allowed in their home country [2].

Secondly, researchers may justify using lower ethical standards internationally in the belief that they are helping vulnerable people. For instance, a US-funded study in India [3] on cervical cancer prevention undertaken between 1998 and 2015 allowed a ‘no-screening’ control arm. Had legal and ethical requirements from the US been applied to this research, 141,000 Indian women in the control arm would have been provided with pap smears rather than not being screened at all. In total 254 women in the no-screening arm of the study died from cervical cancer.

Thirdly, researchers can be unaware of how to conduct research in an ethically and culturally appropriate manner when working in other regions. For instance, studies that ignore community assent requirements when taking genetic samples from indigenous populations – as seen in research on the San people in Southern Africa [4] – are unethical (see ‘Studying the San’, below).

So is ethics dumping just a new term for the long-standing exploitation of vulnerable peoples in research?

No. First, ethics dumping does not only concern people.The cross-border exploitation of resources in low- and middle income countries (LMICs) is another major concern, which has led to the adoption of the Convention on Biological Diversity (see below). Ethics dumping is a practice that has become more pronounced with globalisation and as the mobility of researchers has increased. It can even occur inadvertently when well-meaning researchers from high-income countries (HICs), who believe they are solving problems in LMICs, disrupt local communities in an unethical manner.

In another study funded in the US, researchers developed a transgenic banana with enhanced beta-carotene content with the aim of resolving Vitamin A deficiencies in Uganda [5].

Uganda is home to banana varieties that are, in fact, higher in beta-carotene content than the transgenic variety. On a mild reading of this case, one can speak of a waste of resources, but critics noted that this inappropriate and ad hoc overseas solution risked undermining local food and cultural systems.

The study was eventually stopped because of research ethics concerns in the US. Hence, the banana was never introduced in Uganda.

Other examples of dubious ethical practice when working abroad include researchers conducting research without ethics approval and then trying to obtain it retrospectively (when they realise they need approval to publish); research participants being refused compensation for harm incurred during a study; commercialisation of genetic samples without benefit sharing with local communities; and undertaking high-risk research in a setting that will not benefit from the research results.

Isidoros Karatzas, head of ethics and research integrity at the EC, compared ethics dumping to research misconduct and said it represents “a real threat to the quality of science” [6]. 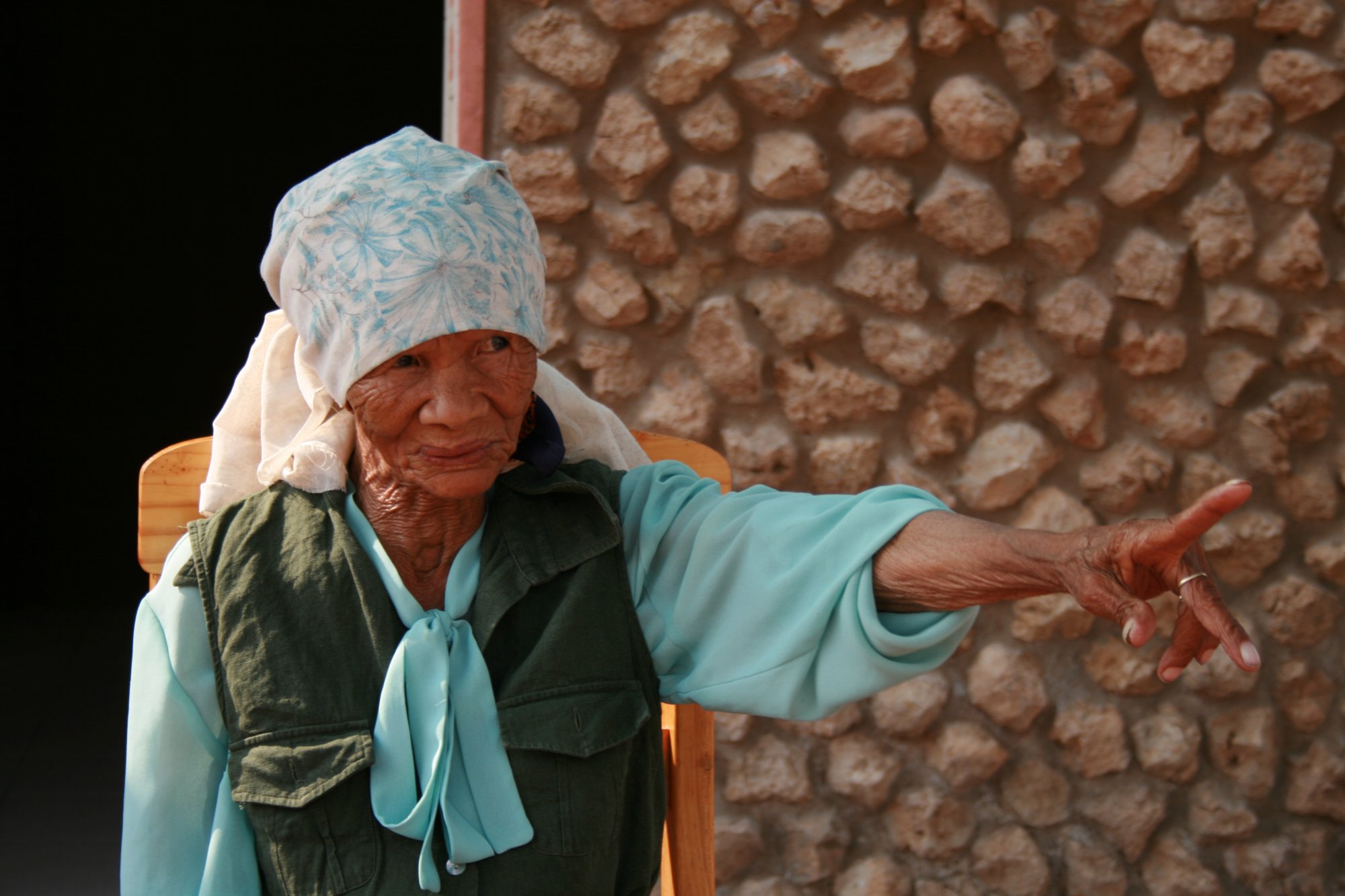 San elder pictured in Andriesvaal, Kalahari, South Africa, by David Hees. The San peoples of Southern Africa have developed their own code of ethics to guide those wishing to conduct research in their communities.

The potential for cross-border exploitation in research was legislated against as early as 1992 through the international Convention on Biological Diversity (CBD). However, the CBD does not apply to human genetic resources.

For genetic resources of plant, animal or microorganism origin, as well as related traditional knowledge, the Nagoya Protocol (2010) clarifies how benefits from bioscientific and biomedical research must be shared across borders. This has not stopped attempts to sidestep benefit-sharing requirements. One comment by an innovator firm in a British newspaper claimed that the San people are extinct and so do not qualify for benefit sharing [7].

In 2018 the EC announced a crackdown on ethics dumping to make sure research practices deemed unethical in Europe are not exported to other parts of the world. The EC has adopted the Global Code of Conduct for Research in Resource-Poor Settings (GCC)[8], which is used by ethics reviewers to scrutinise applications to the Horizon 2020 research fund and to serve as an educational tool for researchers.

As Ron Iphofen, an adviser to the EC, noted in Nature: “I could envisage [ethics] reviewers now looking suspiciously at any application for funds that entailed research by wealthy nations on the less wealthy which do not mention the code.”

The GCC prohibits double standards and provides clear red lines for research in resource-poor settings. Animal research, for example, must always respect the higher animal welfare regulations, regardless of where it is undertaken. Another provision states that “lower educational standards, illiteracy or language barriers [among research participants] can never be an excuse for hiding information or providing it incompletely.”

The code also emphasises the need for close collaboration between partners from HICs and LMICs in all research phases. Only by ensuring ongoing input from research populations and research partners in resource-poor settings can ignorance about inappropriate conduct be avoided. Long-term research relationships between HIC and LMIC partners are therefore the gold standard for equitable partnerships.

Article 8 of the code reads: “Potential cultural sensitivities should be explored in advance of research with local communities, research participants and local researchers to avoid violating customary practices. Research is a voluntary exercise for research participants. It is not a mission-driven exercise to impose different ethical values. If researchers from high-income settings cannot agree on a way of undertaking the research that is acceptable to local stakeholders, it should not take place.”

Communities in resource-poor settings are also increasingly pushing for their rights in research.
After years of research into their people, leaders of the South African San community concluded that most academic research on them was neither requested, useful, nor protected in any meaningful way [9].

To prevent further exploitation they were the first indigenous population in Africa to issue their own research ethics code, a sister code of the GCC [10]. The resulting San Code of Research Ethics [11] is short, concise and accessible, and innovatively incorporates examples of past wrongdoing.

For example: “We have encountered lack of respect in many instances in the past. In genomics research, our leaders were avoided, and respect was not shown to them. Researchers took photographs of individuals in their homes, of breastfeeding mothers, or of underage children, whilst ignoring our social customs and norms. Bribes or other advantages were offered.”

The San Code of Research Ethics offers not only a protective measure, it is also an educational tool for researchers in a more globalised world, and locally it reminds San community members of their rights.

It is not only communities in LMICs and funders in HICs who are standing up to ethics dumping. The University of Cape Town (UCT), one of the leading universities in Africa, adopted the GCC in April 2019. UCT is the third major adopter of the code (after the EC and the European and Developing Countries Clinical Trials Partnership), and the hope is that more universities and funders will update their ethics policies.

Yet those who can do most to prevent ethics dumping are the researchers who should ask themselves: “Who will benefit from this research, and who makes this judgement?”
More self-reflective researchers could then avoid what Linda Tuhiwai Smith [12], a Māori professor, put so forcefully 20 years ago: researchers “told us things already known, suggested things that would not work, and made careers for people who already had jobs”. 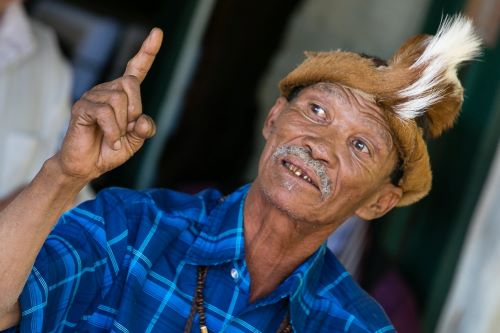 Find out more about the TRUST Project, which aims to give tools to protect populations from unethical research practices.

Professor Doris Schroeder is director of the Centre for Professional Ethics at the University of Central Lancashire’s School of Health Sciences.